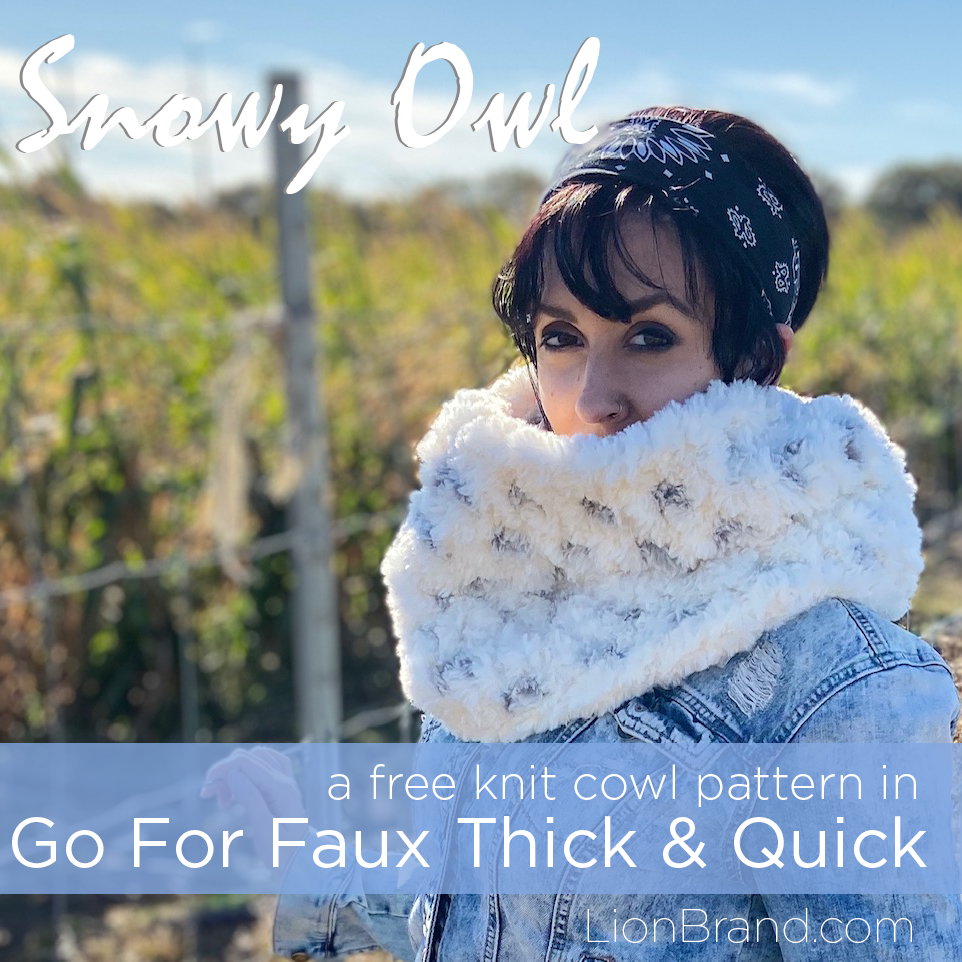 Looking for a nearly instant project? This cowl knit in the CYC#7 jumbo Go For Faux Thick & Quick might be exactly what you need! It works up in just a few episodes of your favorite show. I made mine one night and wore it out the next day.

I made my cowl nice and tall so I could tuck my chin into the soft material and hide more of my face on super cold days. You could easily shorten yours by working the repeat only twice more (instead of the additional 3 repeats as written).

Pattern Notes – I used all of the CC (Husky) skein. If your gauge is any larger than that stated in the pattern you may run out of this skein. If you fear this could be an issue, but don’t want to sacrifice length on the cowl then knit an extra round of MC before the first round of CC and after the last round of CC.

Slip all stitches as if to purl.

For a shorter version end the last repeat after rnd 3.

Cast on 30 sts and join for working in the round.

Work rnds 2-7 another 3 times ending the last repeat with rnd 6.

Loosely bind off all stitches.

Erica is the Email Marketing manager at Lion Brand Yarns.