Knives Out, Cable Knits In

Home/CrochetingKnives Out, Cable Knits In 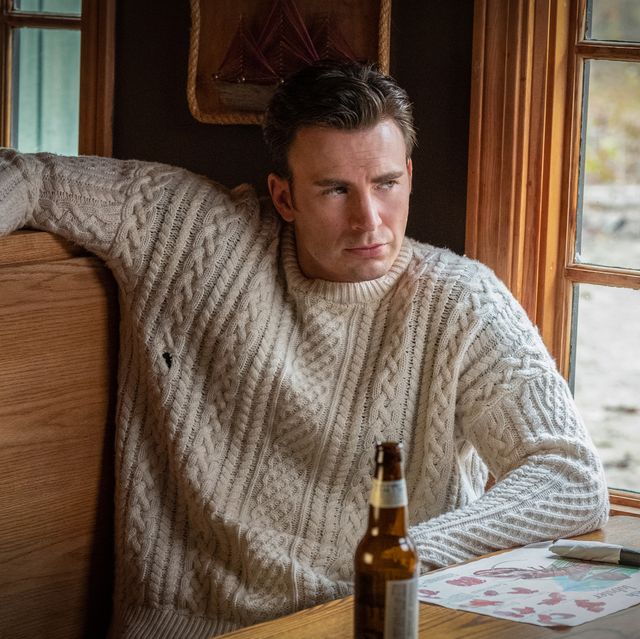 Knives Out, Cable Knits In

According to knitting Twitter, Knives Out is a new romantic comedy about Chris Evans and his cable knit sweater. Knives Out hit theaters November 27th and one thing became clear almost immediately… the cable knit sweater that Evans wears in the movie was the real star of the show.

In the new movie Knives Out, Chris Evans’ character, Ransom wears a beautiful cable knit sweater and what can only be described as knitsanity ensued after the films release. Knitting Twitter has even already come up with a clever name for fans of the Knives Out Cable Knit, Sweater Stans.

Of course, the knitting community wasn’t surprised by this newest knitting obsession. Mainly because this isn’t the first time that knitwear has jumped from the screen to knitters needles. Many of you remember the famous Katniss sweater from Hunger Games Catching Fire or Nakia’s infinity scarf from Black Panther a few years ago. But moviegoers across the board were drawn to this gorgeous knit and it will probably inspire more than a few crafters to test their hands at cables.

Are you looking to join in on the #sweaterstan fun and ready to start a cable knit of your own? Here’s how you can create your own Ransom sweater along with the funniest tweets from the middle of the sweater stan frenzy.

For the Crochet Stan

This dramatic, yet accurate assessment.

For The Knit Stan

This simple and to the point observation:

@jordaneuskolitz “Chris Evans in a sweater. That’s it, that’s the tweet”

One thing is clear, the Fisherman cable sweater is having a moment and it’s time to dust off your hooks, needles, and stitch holders to give this trend a try. Share yours using the hashtag #KnivesOutChallenge!