Home/CharitySend in Your BLUE Hats For a Chance to Win! 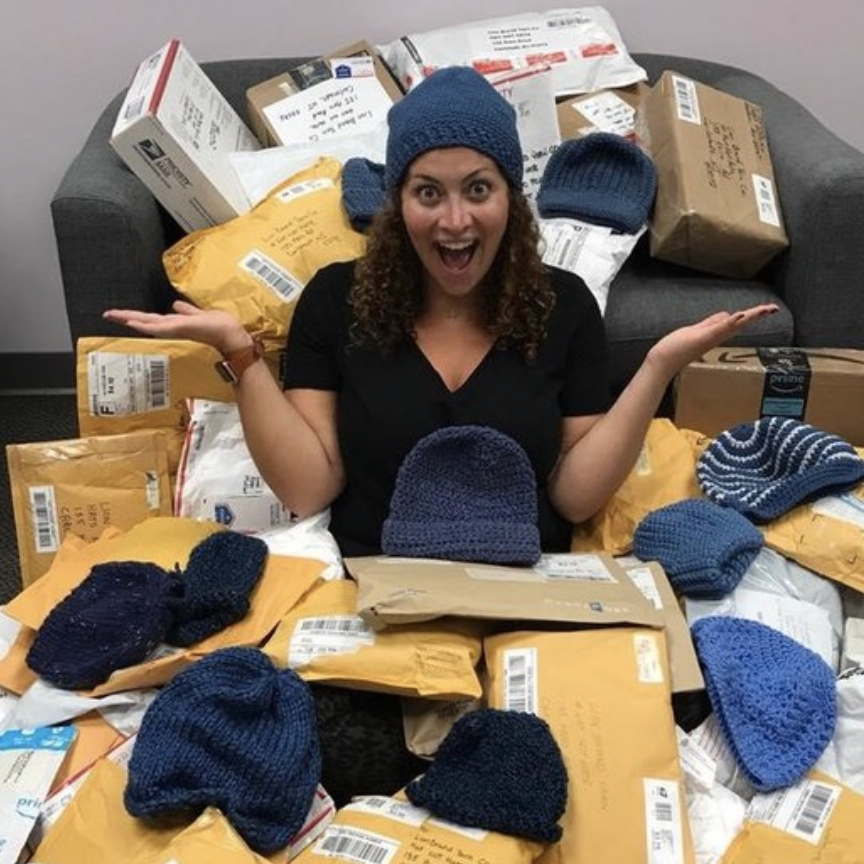 Scroll down for how to participate and official contest rules.

Hat Not Hate has really taken off! It has been awesome seeing the hats coming in and everyone posting their blue hats on social media! 25,000 blue hats is big goal, so for the month of June 2019 we will be offering a 30% discount on all blue Lion Brand Yarns that can be found HERE.

Use the code: HNHJUNE to receive your 30% discount

Here is how you can get involved:

We are collecting 25,000 hats to distribute to schools around the country. The deadline for the blue hats is August 1st so gets get to stitching!

We have partnered with a wonderful Anti-bullying organization called Box Out Bullying and for more information about them and how to donate to their organization click HERE.

• FIRST PRIZE – $500 – This prize is based on the most donations of blue hand knit or crocheted hats from an individual address, postmarked on the same day during the contest period.

• SECOND PRIZE – $250 – This prize is based on the second most donations of blue hand knit and/or crocheted hats from an individual address, postmarked on the same day during the contest period.

All hats shown above can be found HERE