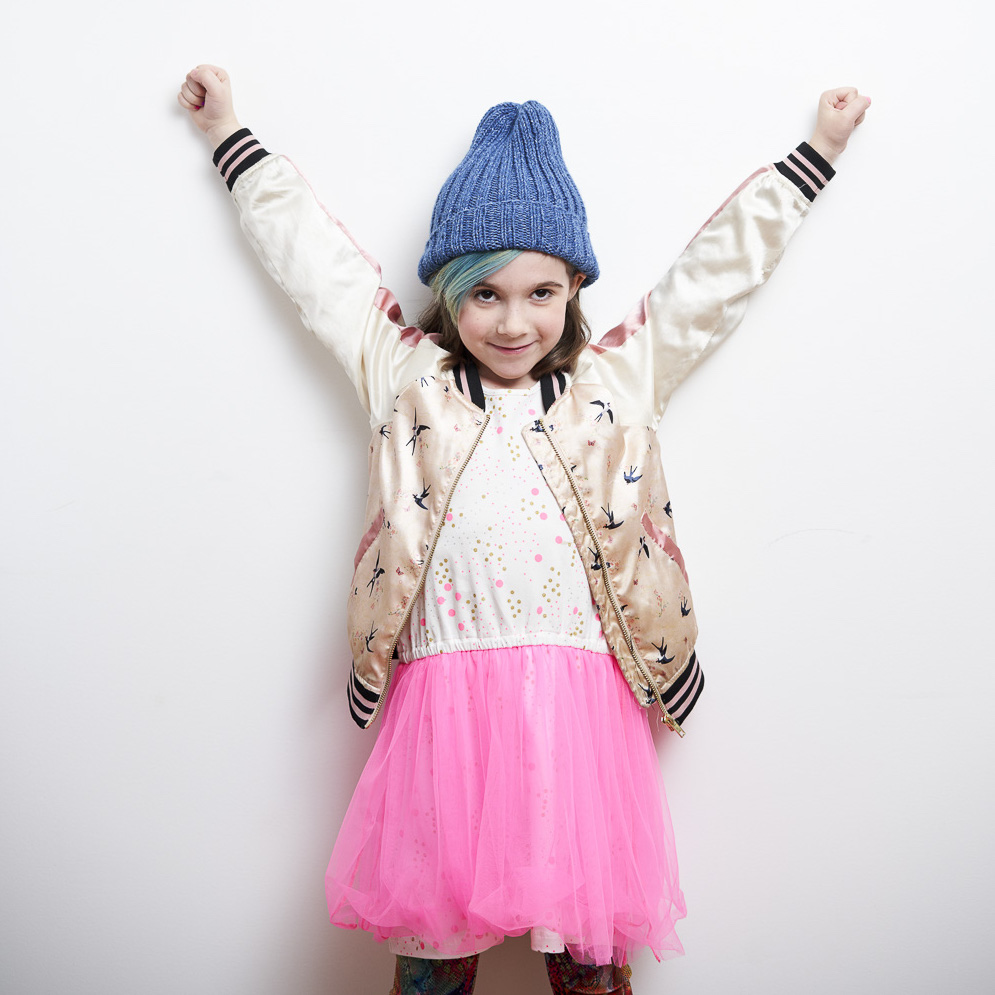 Nowadays, younger and younger kids are reporting instances of bullying, with negative behaviors showing up as early as elementary school. Lion Brand Yarn Company is excited to announce the anti-bullying campaign #HatNotHate. Lion Brand is partnering with STOMP Out Bullying, the leading national anti-bullying and cyberbullying organization for kids and teens in the U.S. to launch an anti-bullying campaign, and you can help, too! Let’s increase awareness about the impact bullying has on children and teens by rallying together and crafting blue hats to wear proudly on World Day of Bullying Prevention, October 1, 2018. Read on about our plan to eradicate bullying, one blue hat at a time.

What is STOMP Out Bullying

STOMP Out Bullying is a non-profit organization that provides tools to learn to respond to bully behavior quickly and consistently. Since launching in 2005, STOMP Out Bullying has become the leading national non-profit dedicated to changing the culture for all students. Kids are growing up faster than ever, due to the presence of media in their lives at earlier ages. Sadly, all of these conflicting messages, plus the average pressures of being a kid, have given rise to a more insidious trend – cyberbullying. STOMP Out Bullying provides specific resources for dealing with bullying that begins after the last class bell has rung. It works to reduce and prevent bullying, cyberbullying, and other digital abuse. In addition, it educates against homophobia, LGBTQ discrimination, racism and hatred.

Below is a video from their celebrity anti-bullying campaign, featuring star Logan Browning.

One important part of the campaign is visiting schools to talk about how to create a positive school climate. So we’ll be joining them in their in-school work to talk about standing up to bully behavior. 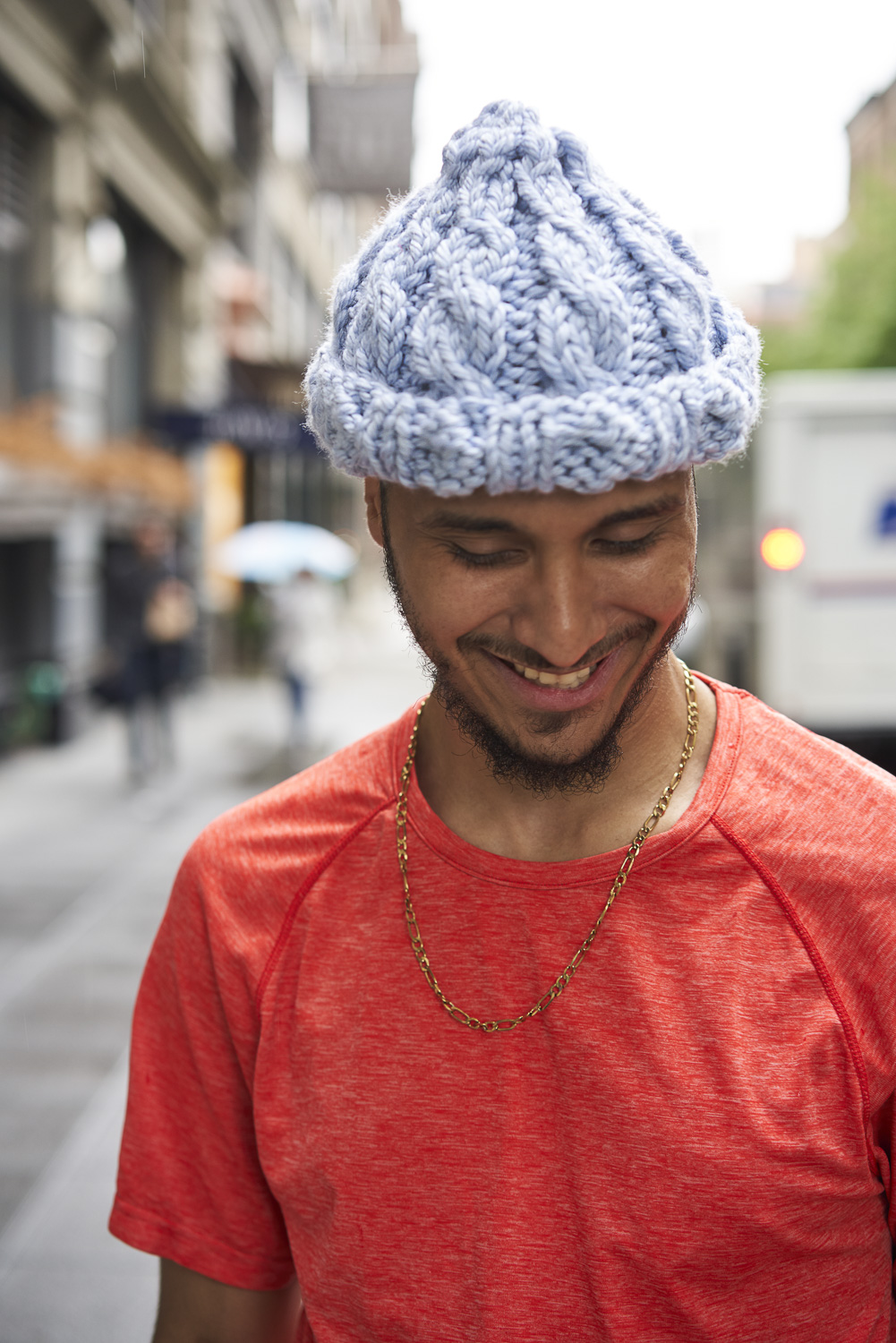 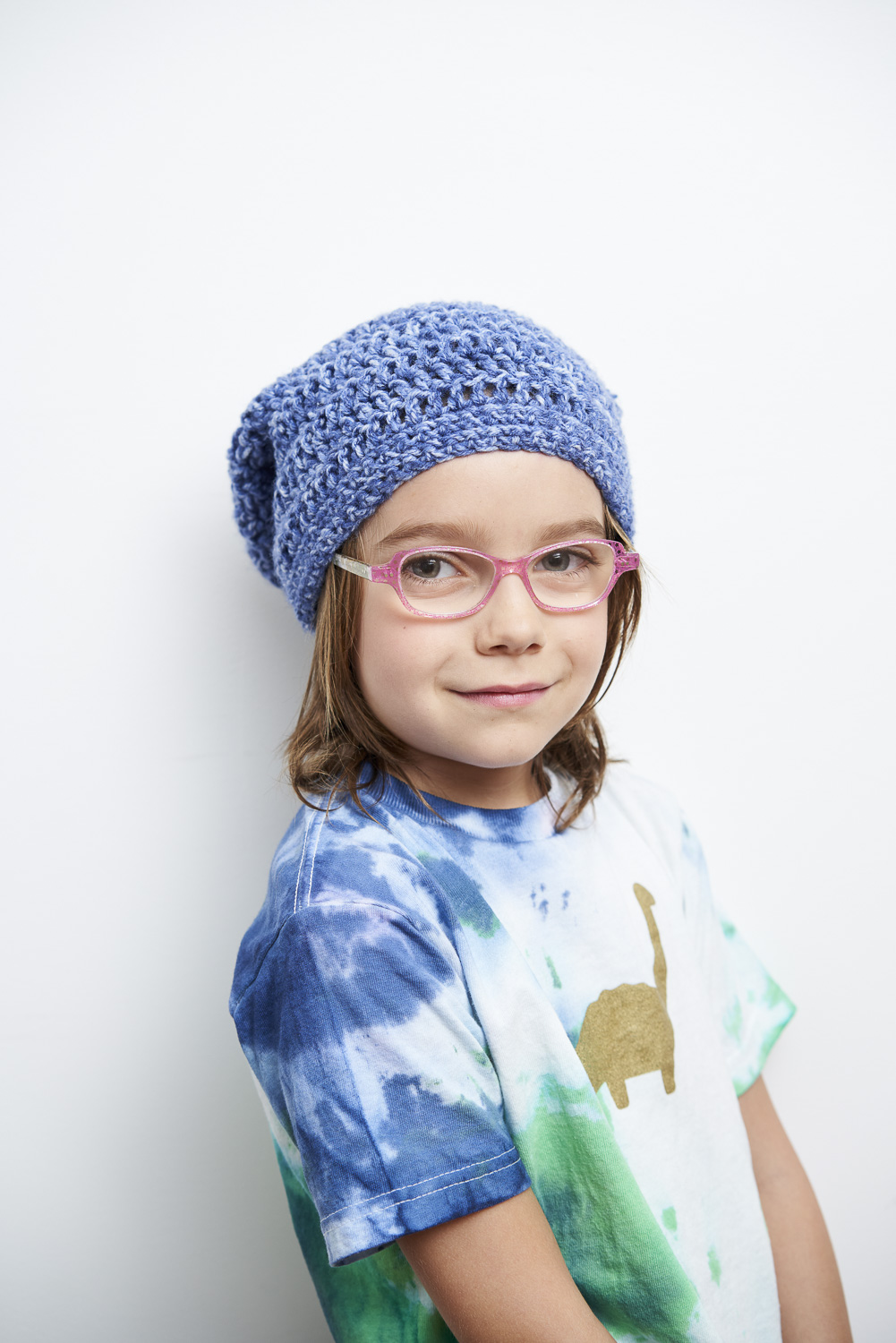 How Knitters & Crocheters Can Help

With your help, we hope to create a new ‘craftivist’ movement to send the message that bullying is unacceptable. Help spread the word by using the hashtag #HatNotHate when you post your hat projects on social media to show your support.

Blue is the color of awareness, and also solidarity. We’ve picked our bluest hues, and came up with the idea, Hat Not Hate. Since a hat can be worn any or every day, you can demonstrate your commitment to end bullying every time you wear it. We’ve created 23 knit and crochet patterns, and we want you to whip one up. When you’re finished, post a picture on social media – make sure you use the hashtag #HatNotHate. Let’s work together to create reminders in our timelines and newsfeeds, for whoever might need them, that we’re all in this together.

Make Your Own Blue #HatNotHate

Here’s a list of 23 patterns to make to join the #HatNotHate campaign. If you use one of the yarns recommended, you’ll be contributing even more. 2% of the proceeds from each of the blue yarns used to make these hats will be donated toward this cause. 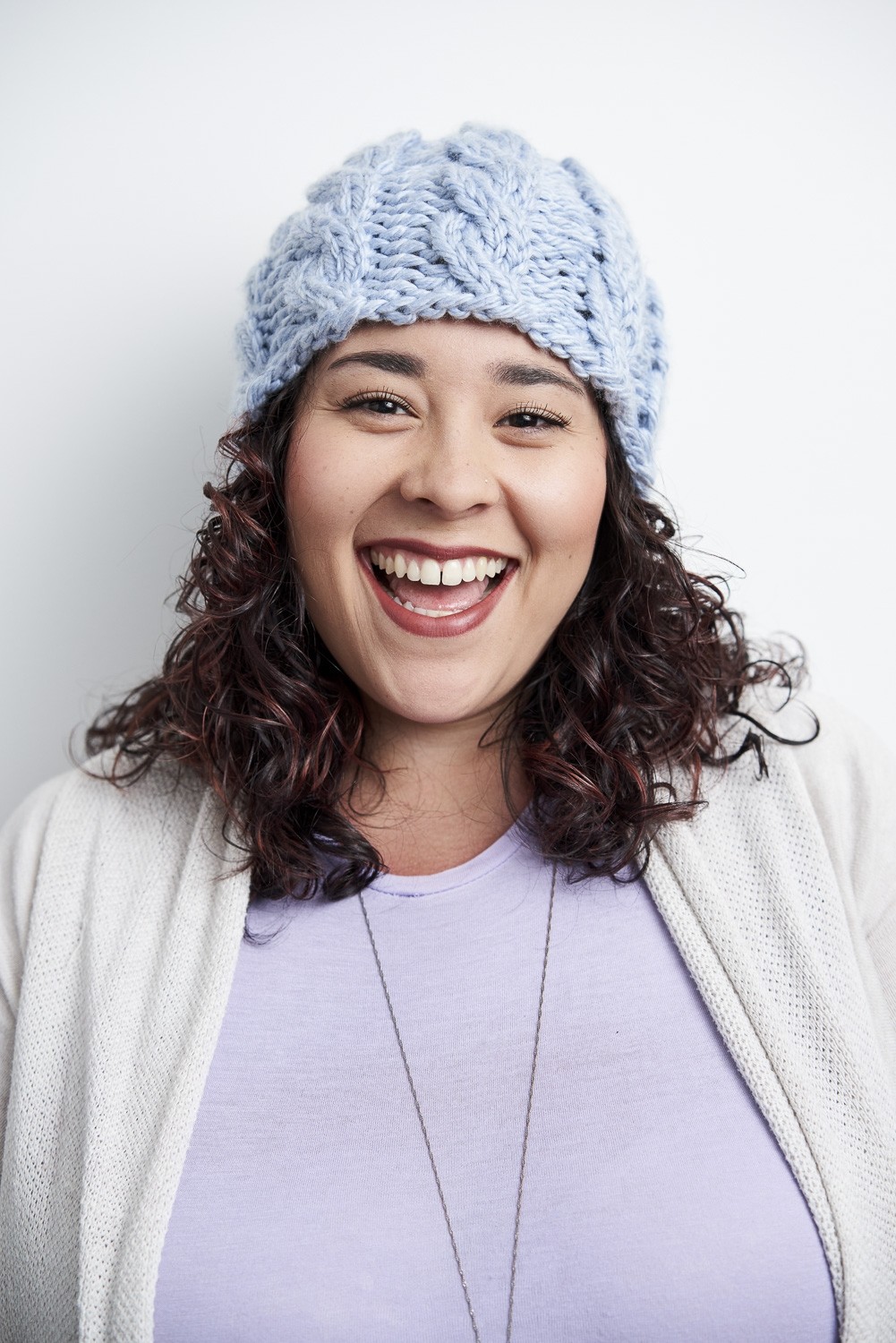 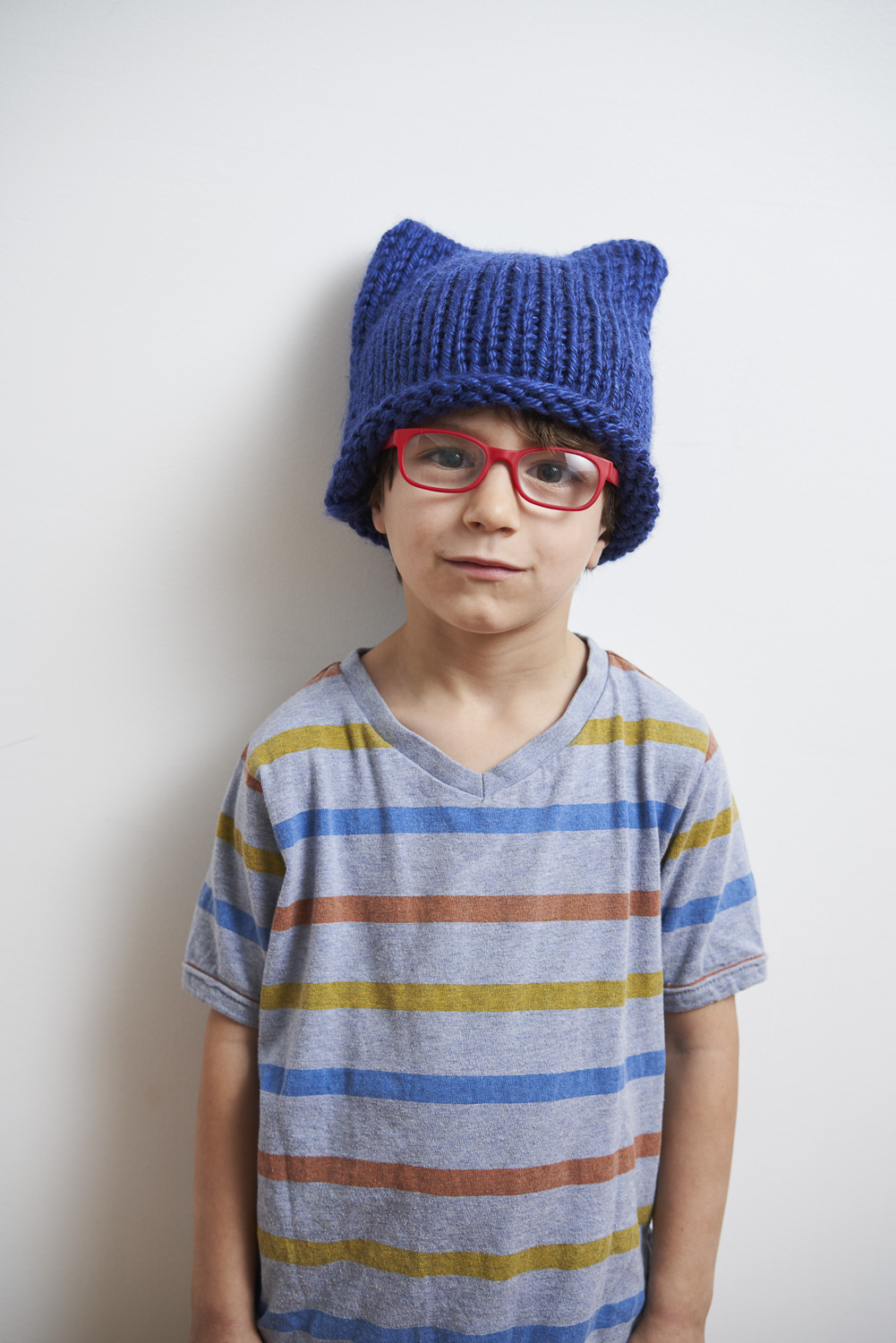 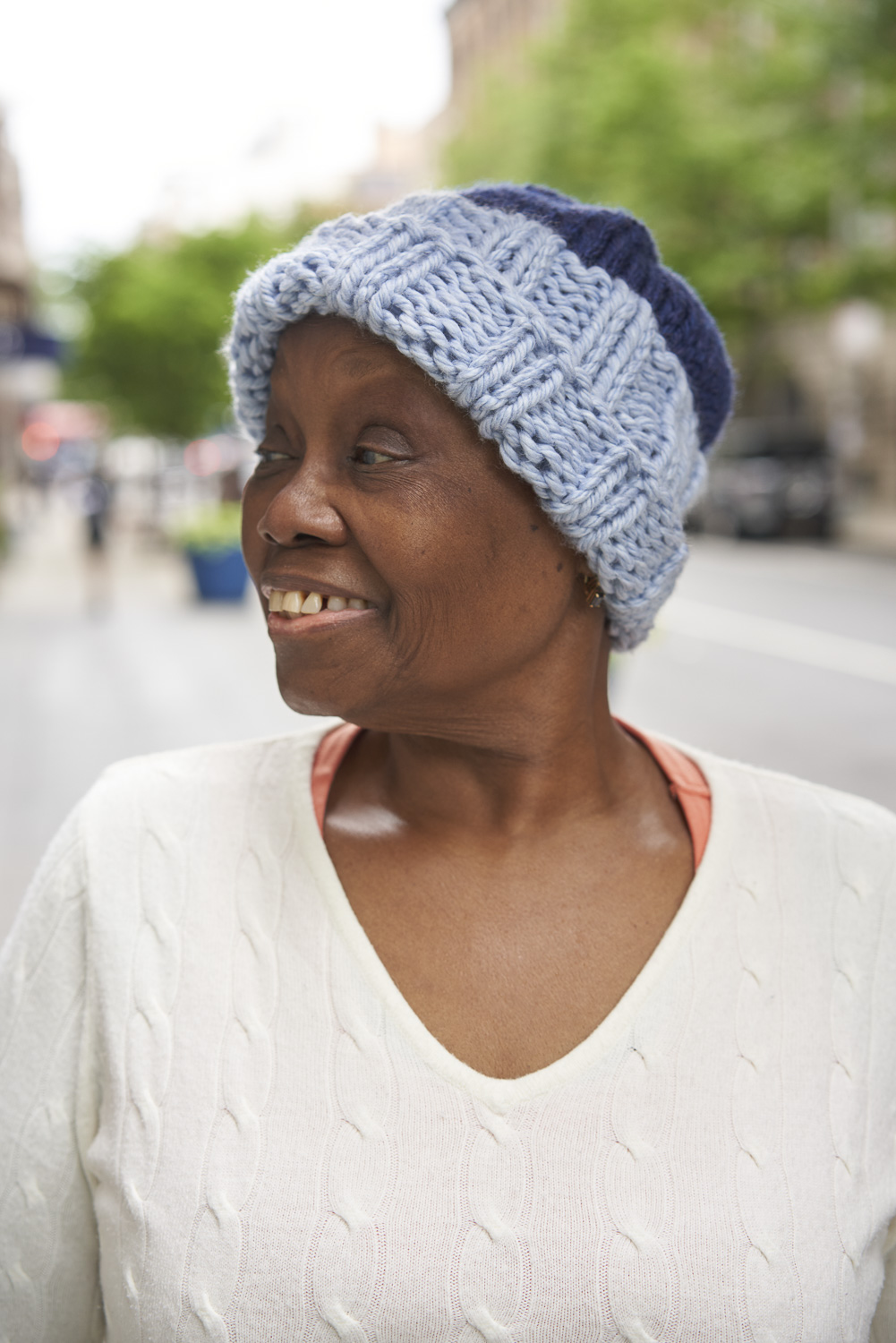 All three of these knit patterns use our Super Bulky Hometown USA Yarn.

Next, three hats to craft with our Medium Weight Jeans Yarn. The #HATNOTHATE (Knit) is easy to craft, and is another one that will stretch to fit multiple sizes. If you’re looking for a project that’s simple, then David’s Hat (Knit) is perfect. Or the Tula Slouch Hat (Knit), which is still relatively easy to craft, but with a little more texture. 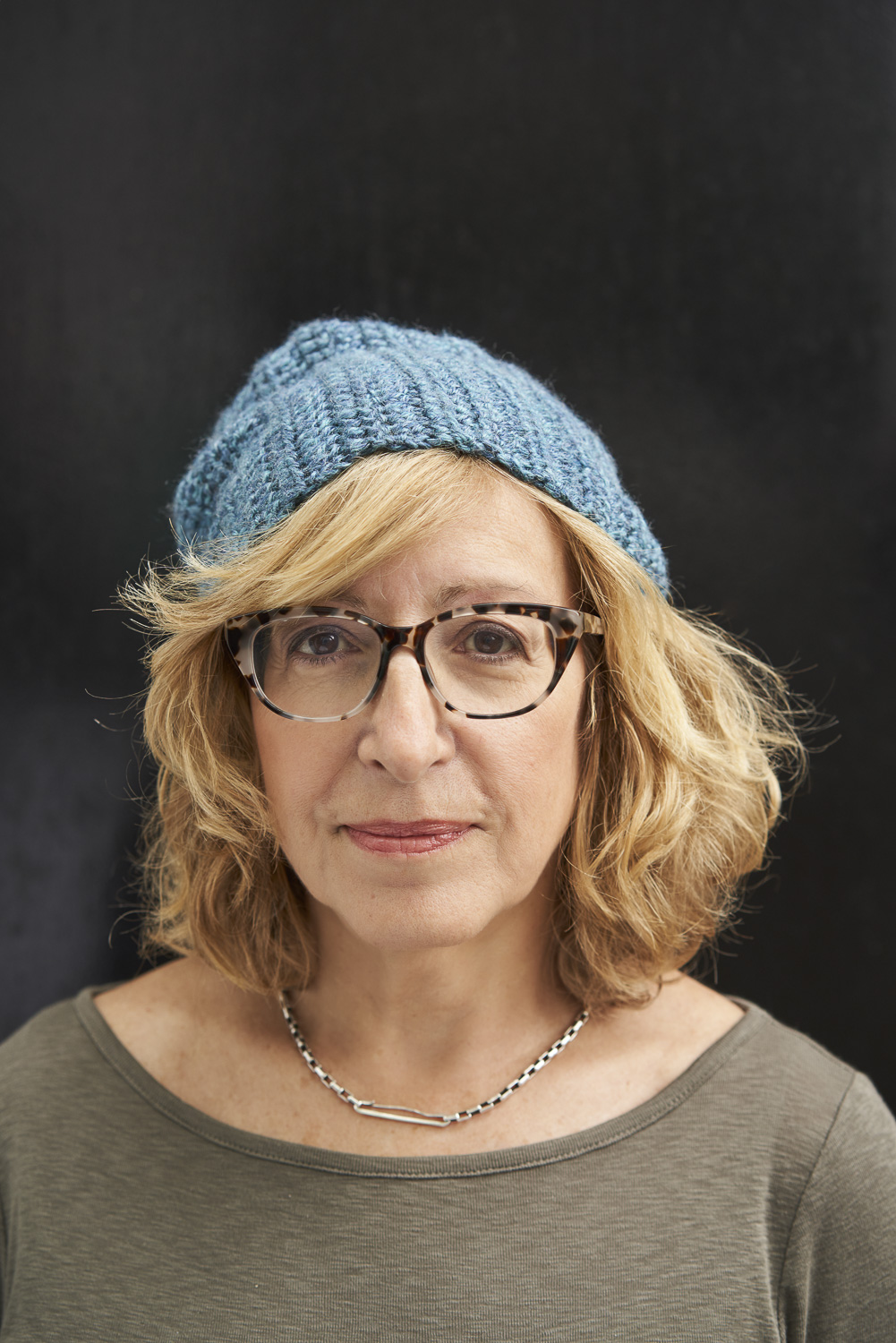 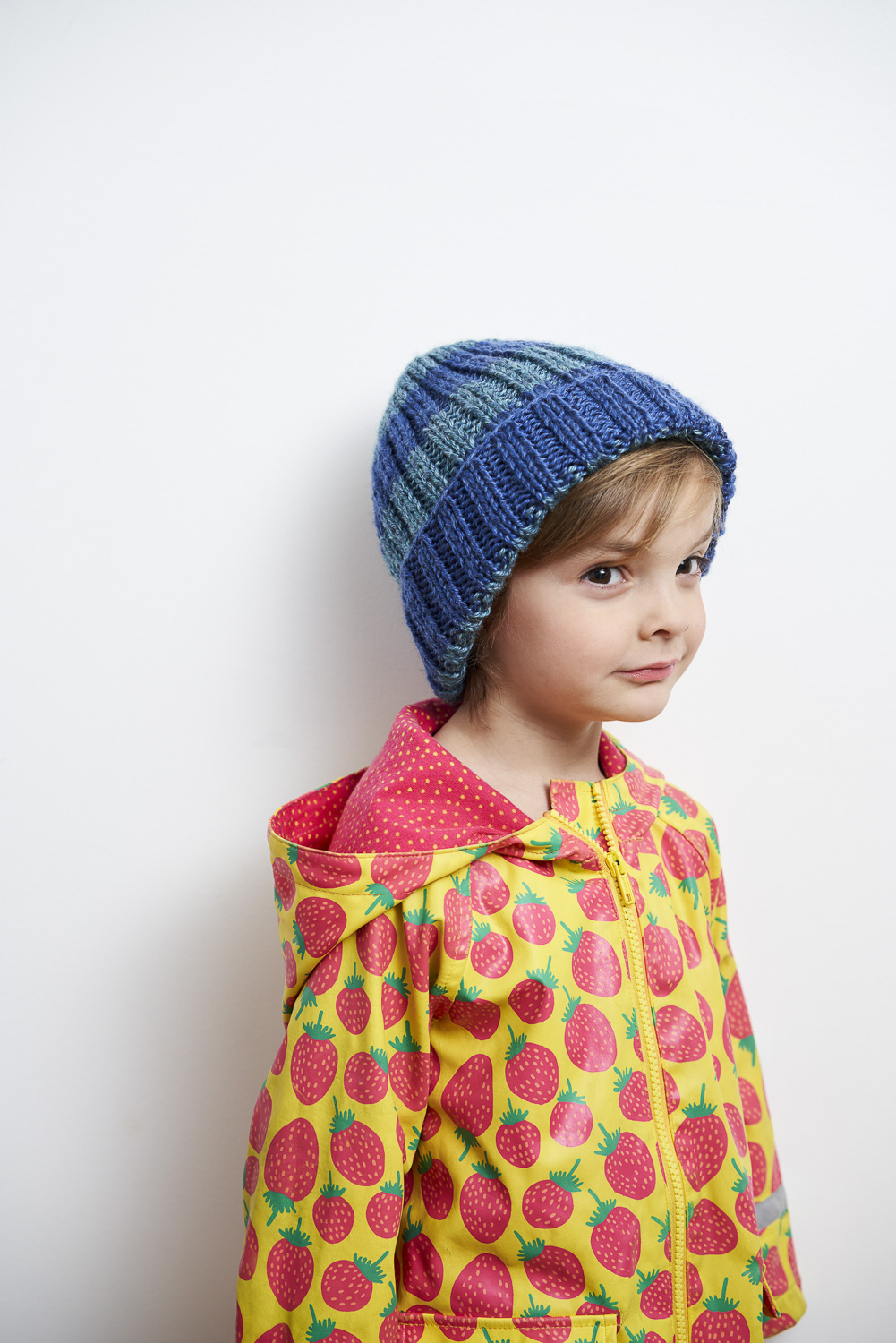 Both our New Direction Hat (Knit) and Docklands Hat (Knit) will use our Heartland Yarn.

Or to cast on something cozier, like Wool-Ease Thick & Quick, you could check out our True Blue Hat (Knit) or the Pike Street Hat (Knit). 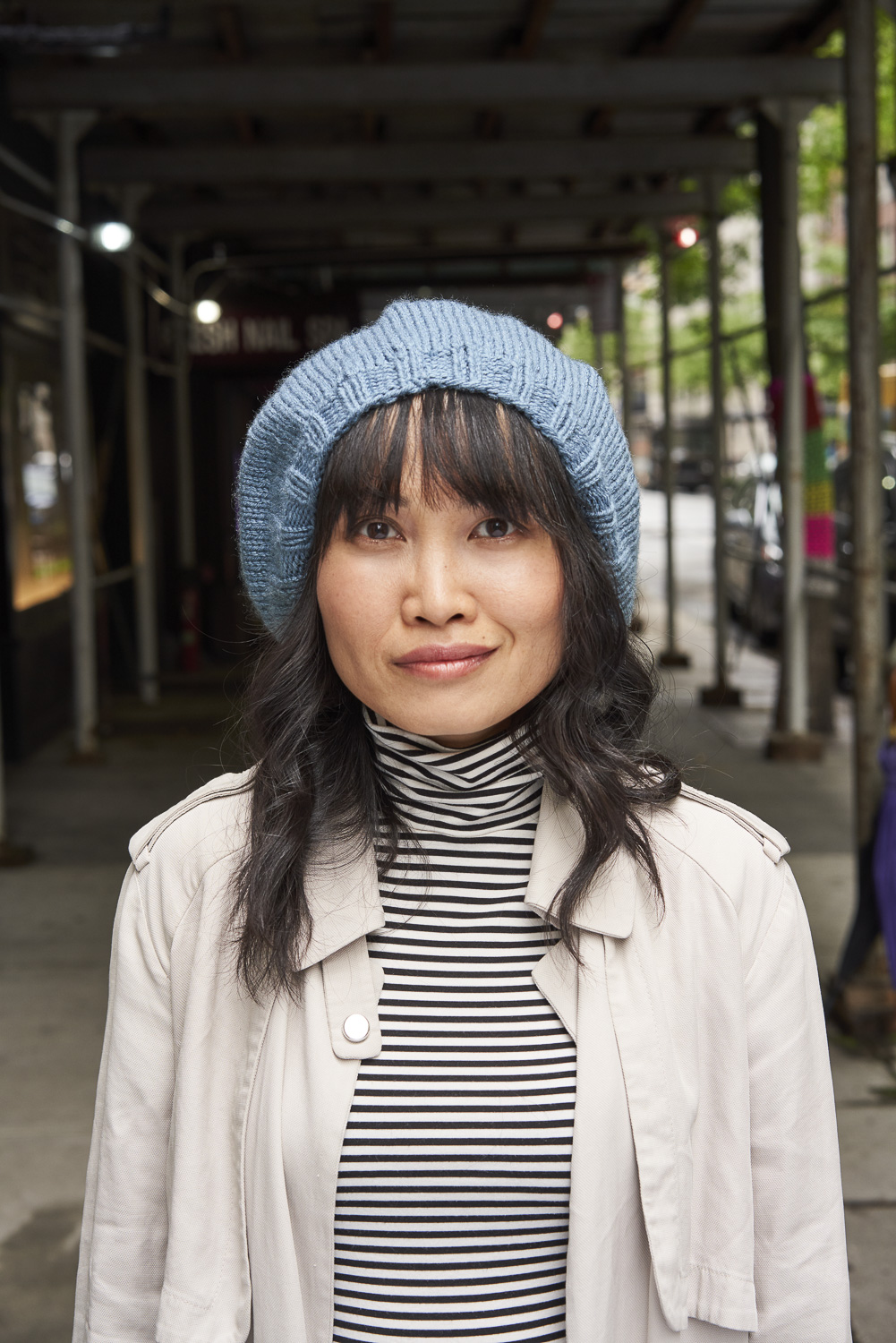 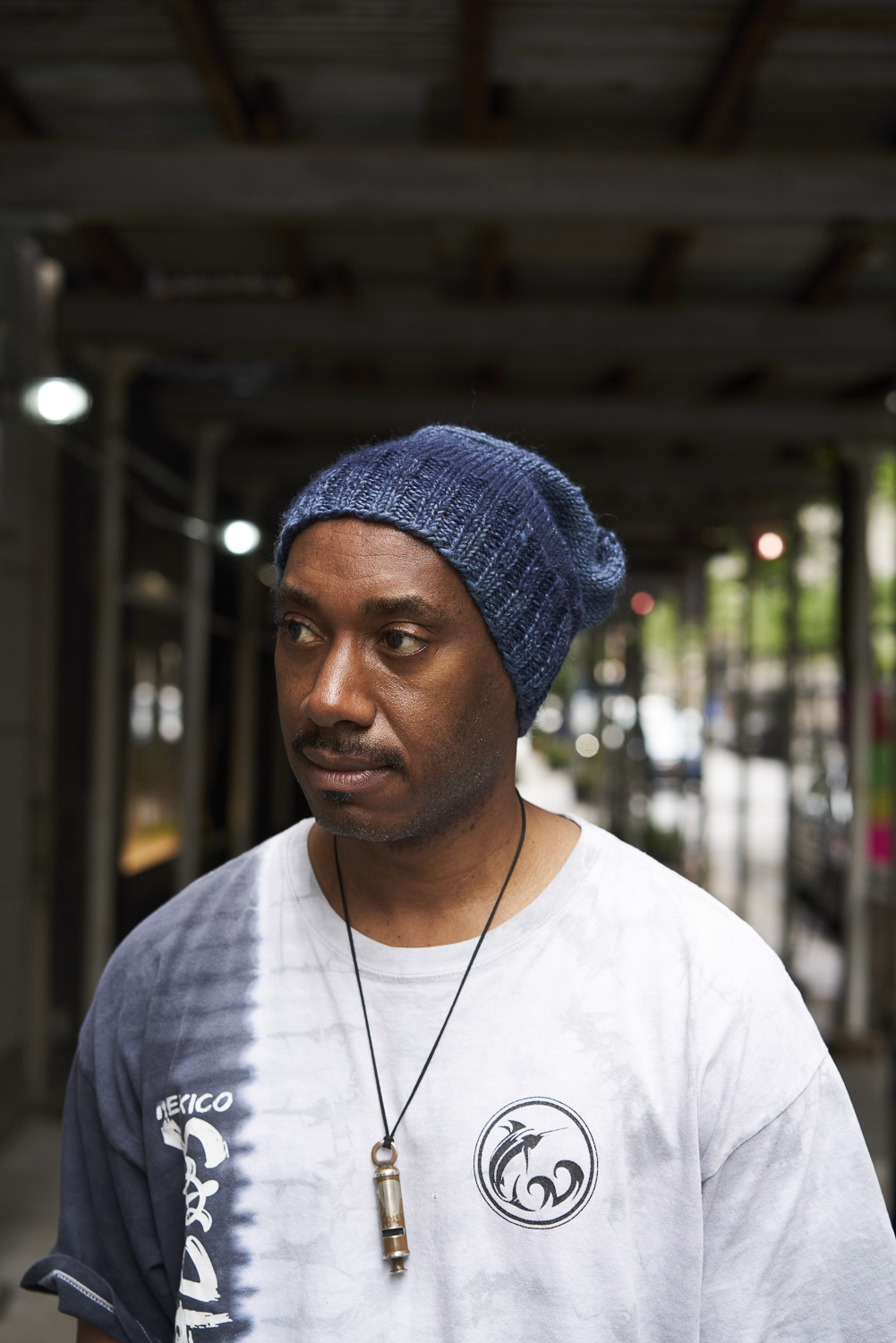 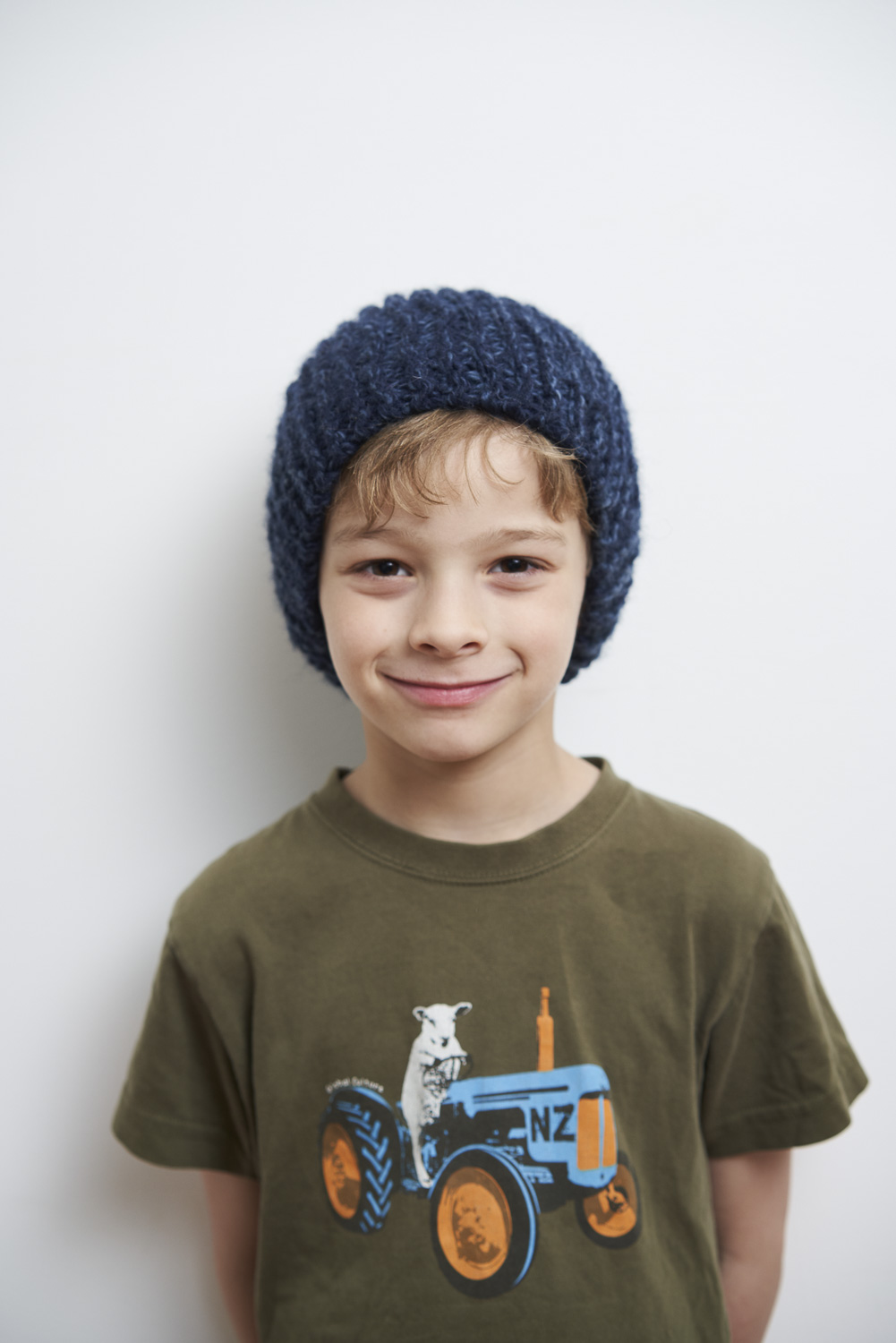 Lastly, three more knit options with a little variety. Our Garden State Beret (Knit) is very fetching, and will be unlike any other toque in your rotation. Our Judie Hat (Knit) uses Scarfie Yarn, so there will be fun variation without the headache of colorwork. The Chloe Hat (Knit) also uses Scarfie, and will also stretch to fit anybody. 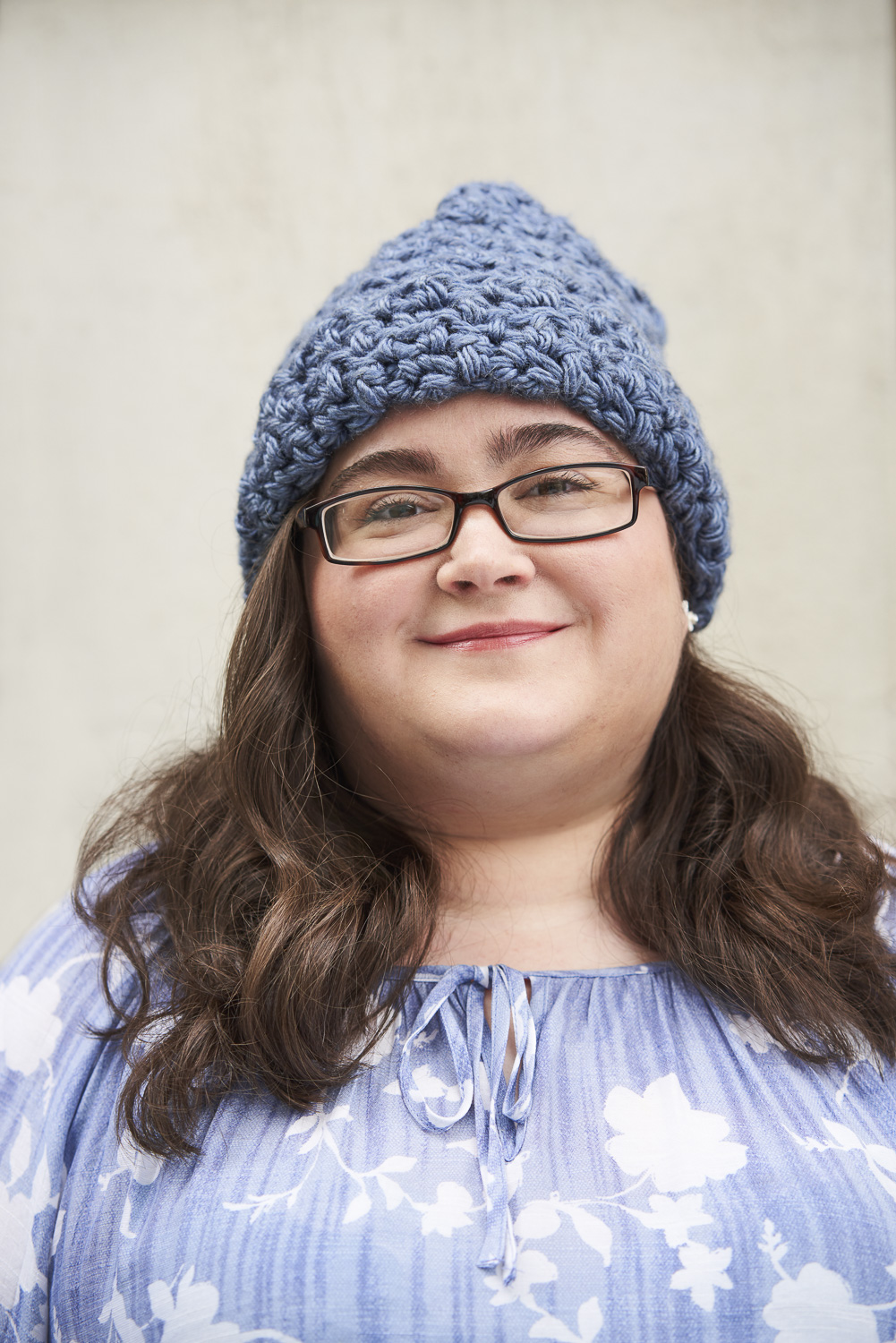 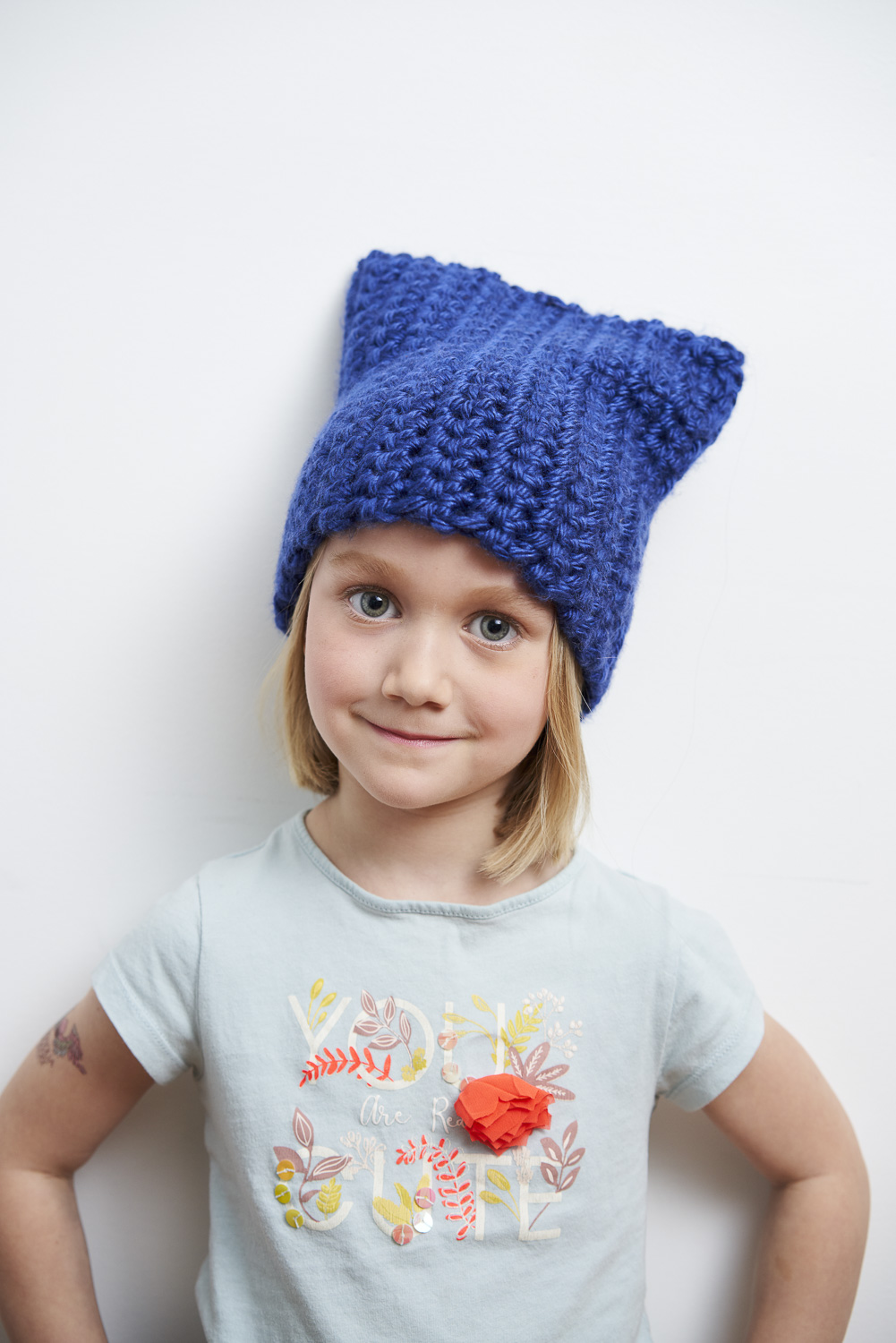 All four of these cute crochet patterns call for our Hometown USA:

For three cute ways to crochet with Vanna’s Choice, check out the patterns below: 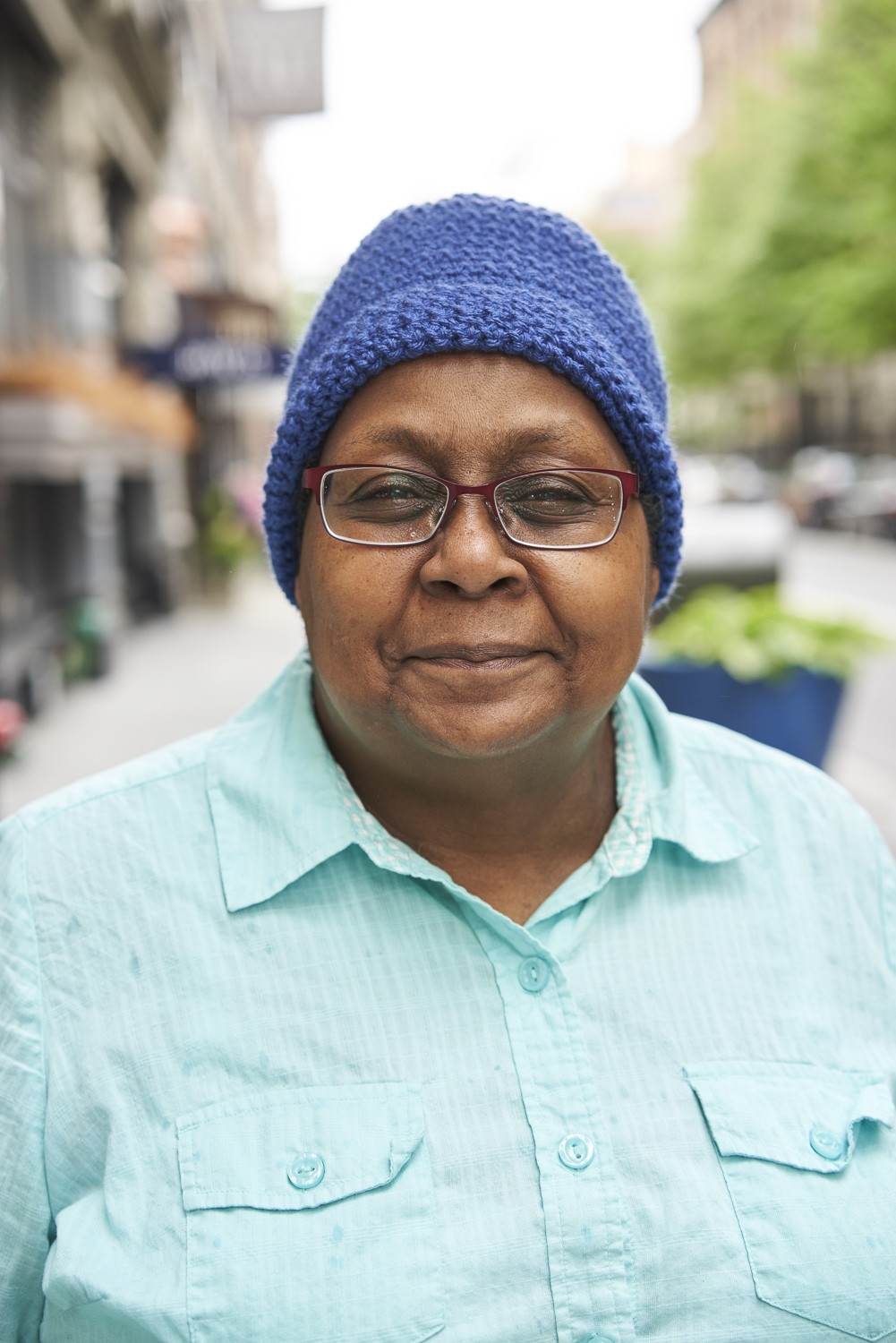 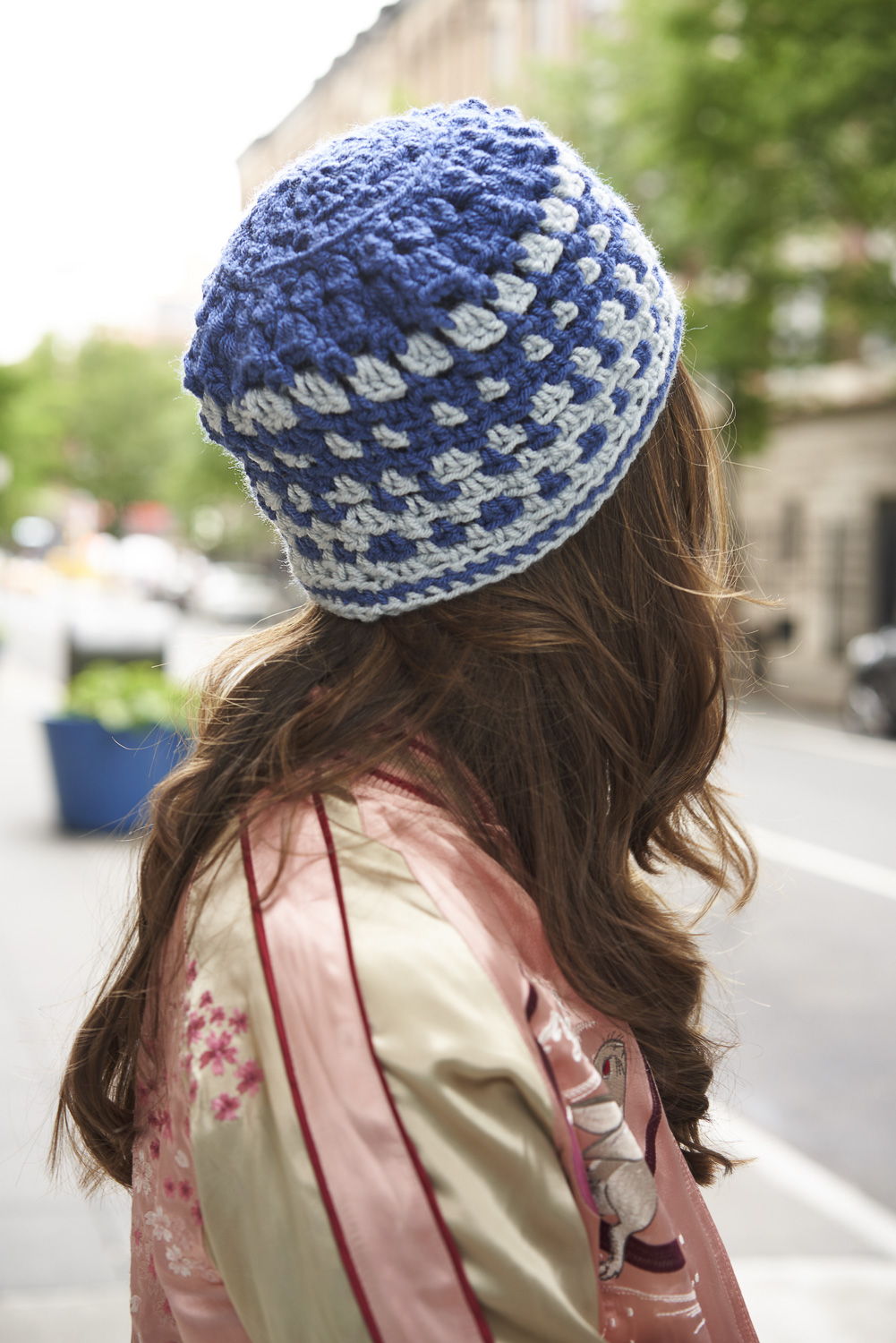 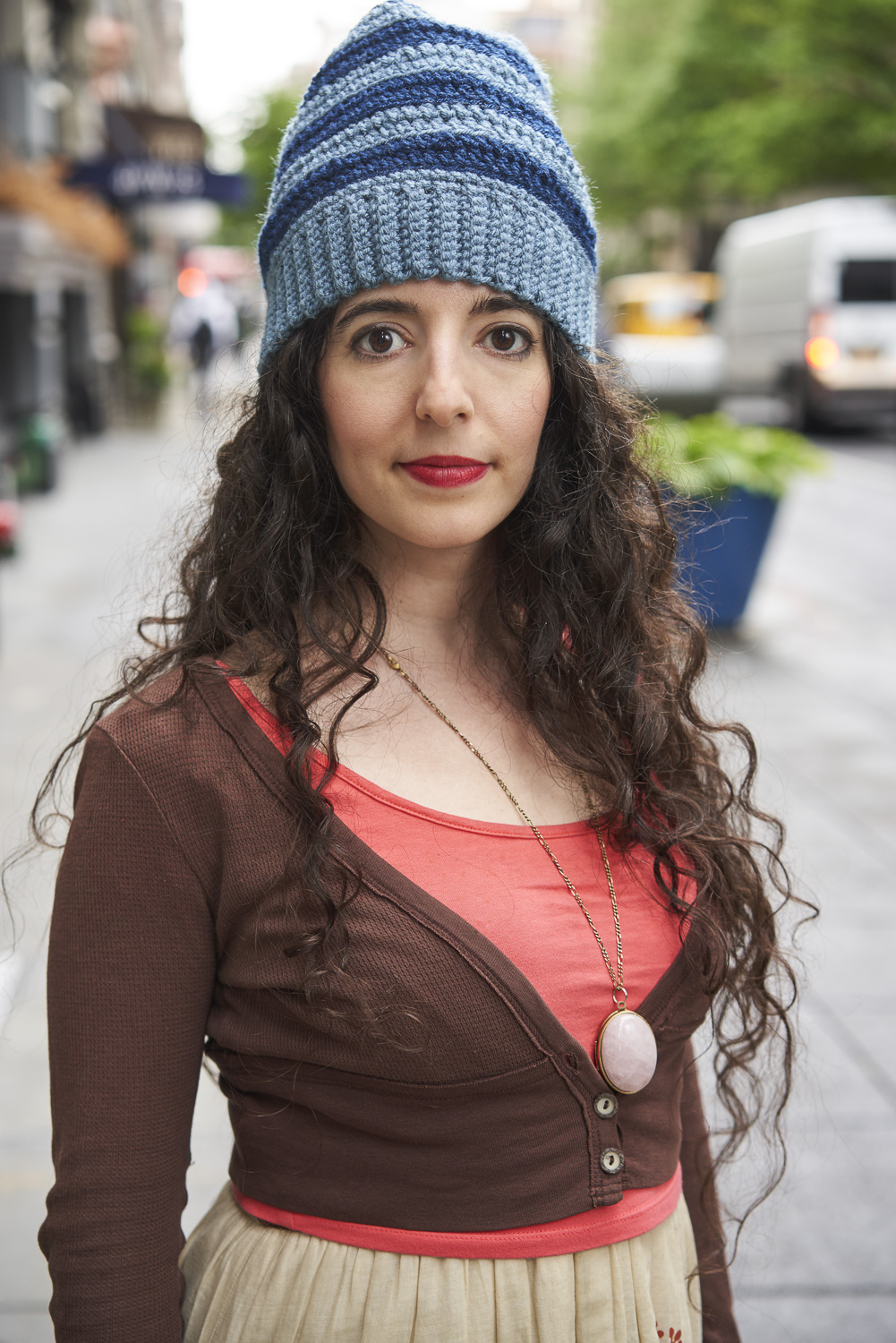 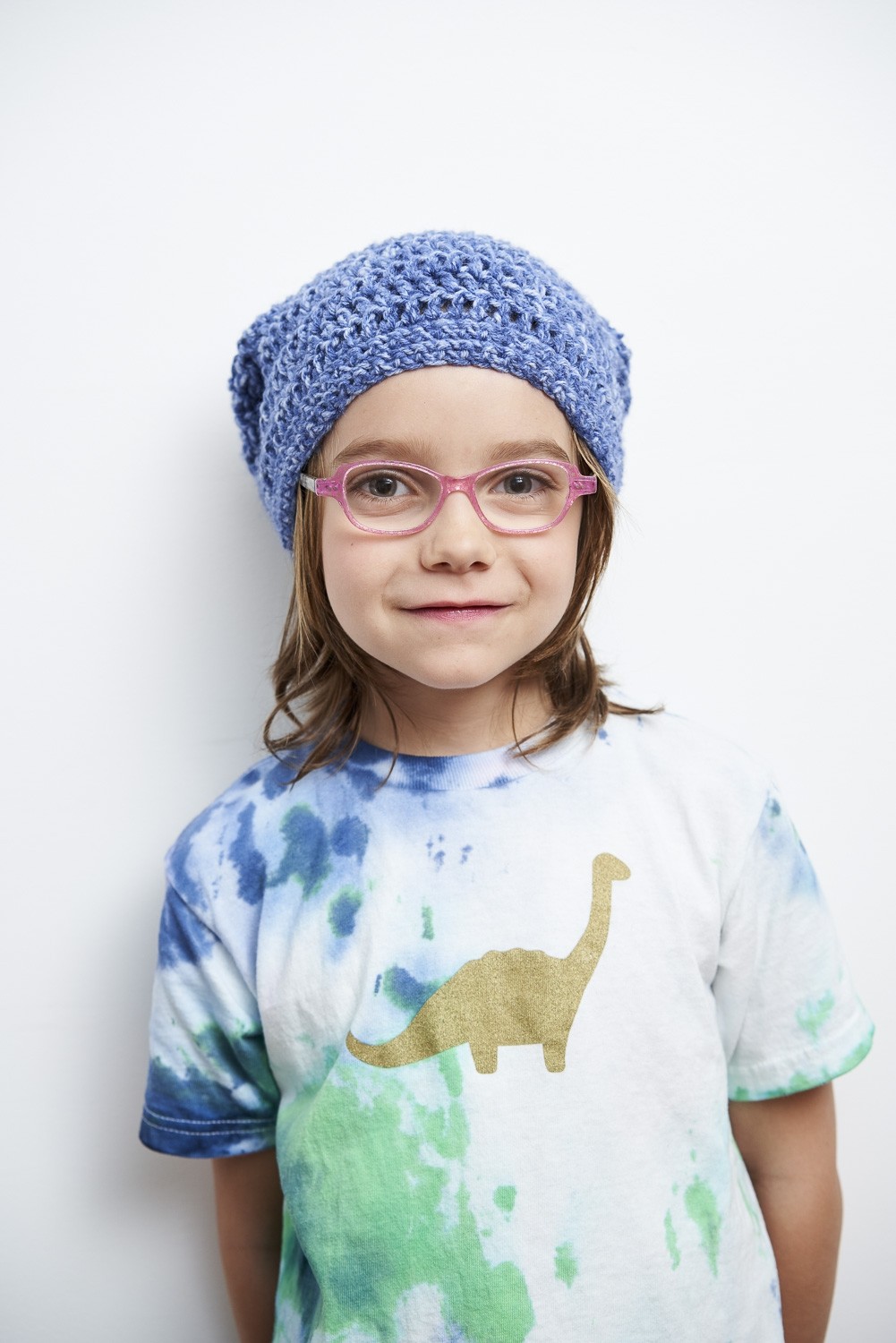 Our last two patterns are both one-skein wonders:

Let’s Use Crafting to End Bullying

For those of us who experienced bullying growing up, we know the lifelong impact it can have. But it’s time to take action to make sure no more kids grow up with that experience. Whether you want to make one for yourself, gift to a friend, or organize a #HatNotHate hat-making party, let’s use crafting to end bullying. Join Lion Brand and STOMP Out Bullying in our #HatNotHate campaign to spread kindness and understanding.

Donate a Hat
In addition to making a hat for yourself, we invite you to make one to share! We’re collecting 1,500 hats on behalf of a local school, who plan to give them to all their students for World Day of Bullying Prevention on October 1st. This is a beautiful gesture of solidarity, so we hope you’ll join us in supporting their effort.

Check out our list of 23 #HatNotHate knit and crochet patterns, which can be found here. You’re welcome to whip up a hat on your own or you might choose to host a hat-making party! This would be a wonderful way to spread the message, and encourage friends to join in. In addition, if you purchase any of the yarns recommended in these patterns, 2% of the proceeds will go towards STOMP Out Bullying’s work.

We hope you’ll join us in this special effort to positively impact the lives of students at this school. By making a hat to wear, planning to donate a hat, posting on social media, and talking about it with friends, we’ll create an atmosphere of kindness and understanding that will spread, one person at a time.