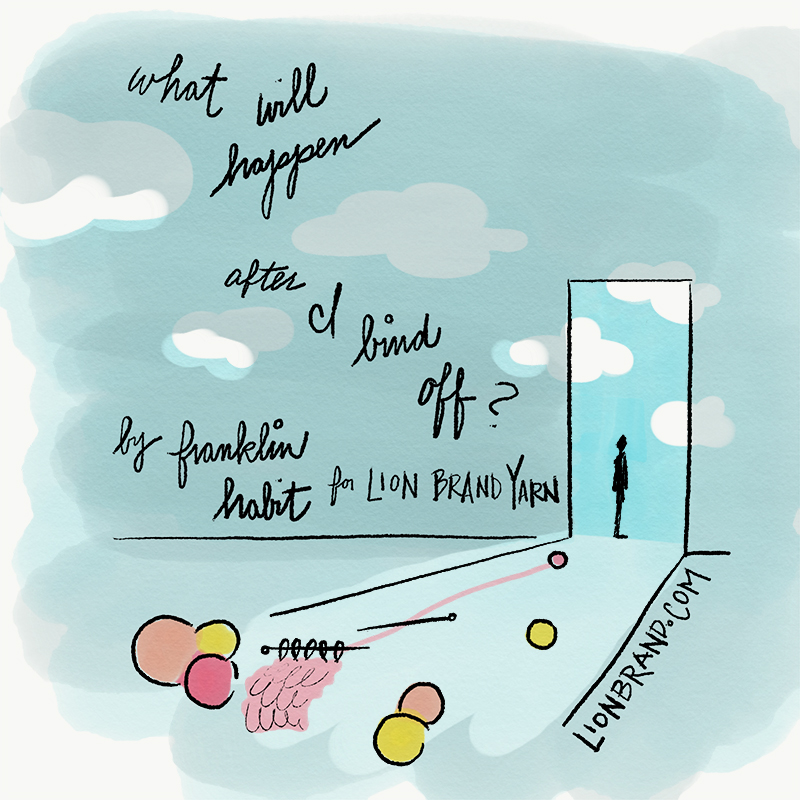 I had intended this month to continue the series of little knitting memoirs that began with my first scarf, then continued with my first yarn shop, and the first (and last) time I was held captive by one of my own projects.

But life had other ideas. Instead of firsts, I’m thinking about lasts.

I’ve spent a great deal of time in the past several weeks attempting to organize the possessions of a prolific fiber artist–she was a knitter, crocheter, spinner, weaver, lace-maker, rug hooker, and beader–who died after losing a painful battle with cancer.

She was a frequent student of mine, often appearing at weekend retreats in company with her beloved corgi. I was always happy to see both of them. She was at once very outgoing and very private–quick with a joke, comment, or opinion. Slow to tell you anything about herself or her life.

Before she died, she asked if I would look after her things when she was gone. I was astonished. She lived far away, in a country place none too accessible for a city dweller without a driver’s license. And I could scarcely claim to be close enough to her deserve the honor. Surely there was someone else more suited to the task?

There was not. She was without family. While she was not entirely without friends, she had also kept those few at an arm’s length. She didn’t feel she could lay the task at their feet. She insisted that I would recognize and appreciate the contents of her various workspaces, particularly the antique pieces. She pressed and pressed again. At length, I agreed.

So I found myself in a rickety farmhouse I barely knew–I’d only managed one, too-brief visit before she died–up to my neck in a lifetime’s accumulated wheels, winders, looms, needles, shuttles, books, spinning fiber, and yarn.

The wheels alone numbered in the dozens. Countless big and small looms suggested that whenever a new form of weaving had attracted her, she’d gone ahead and bought everything necessary to pursue it. Books and patterns spilled off the shelves and were stacked under and atop the furniture.

Nothing was more than very loosely organized. Most looms in here, most beading tools there. Wheels everywhere. There was an Ashford Traveler in the bathroom, for heaven’s sake.

In a small cabinet I found cat treats, spools of thread, and an antique lace-maker’s pillow with an unfinished strip of Victorian lace still in place. Another cubbyhole was full of tiny old pocket-knives, plastic wind-up toys, and about two pounds of carved bone crochet hooks stuffed into a plastic bag.

The entire cupboard under the stairs was piled with spinning fibers, and there were baskets and baskets of yarn. Superb yarn. She’d had nobody to please but herself, and so she did.

After two days and nights, I’d barely shifted and sorted enough to make a visible difference. I opened a bedroom closet for the first time and more yarn fell out. I started to cry.

I cried for her. She was not an old woman. She ought by rights to have been alive and well and working on a project, surrounded by collections and stash. She ought to have been looking at the weaving hung from the walls and draped over the furniture, feeling accomplished.

Instead it was me, who barely knew her, wondering where on earth all this was to go.

And I cried, if I am honest, a bit for me. Because seeing someone else’s abandoned tools and interrupted projects makes a person think. We’ll all knit our last stitch or throw the shuttle for the last time. Likely we won’t even recognize that end when it comes. Then what?

What will happen to these things we’ve treasured, that have defined our lives?

Ultimately, in order to settle her final expenses, this woman’s collection will be sold. That much is sure. I will see to it.

But what about my stuff? I hadn’t even considered the question until that moment. She had asked me to give some of the older pieces a home in my workroom, which I’ve done gratefully.

So they’re mine–for now. What happens when I’m gone?

For years I’ve had a list in my will of special books that my heirs–whoever the heck they are–need to make sure are properly sold or auctioned, not dumped into the trash or carted to the thrift shop. It’s time to do the same with the wheels…the looms…the yarn…

I love these things. Perhaps they’ll be even more beloved by someone else–a new weaver in need of a loom, a knitter who has never had the joy of working with fine wool. How to get them into the right hands? Should they be left to a guild? I don’t know.

In the meantime, of course, the other sobering lesson was that if I want to do something–weave that blanket, knit that sweater–the thing is to do it now. While I can. While I’m still here.